Walmart is putting 17,000 Oculus Go headsets in its stores to help train employees in VR 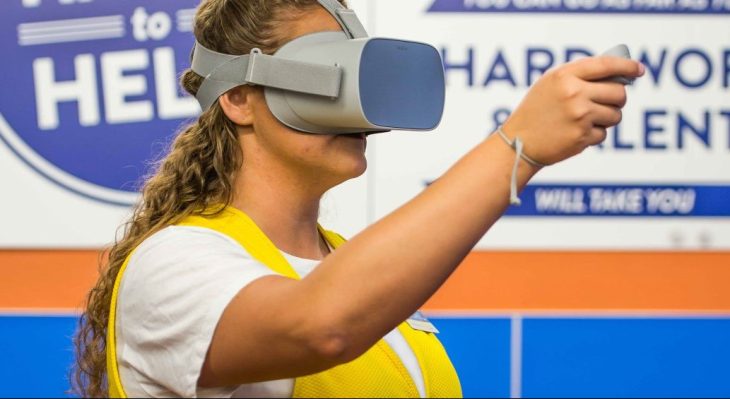 Workplace training has long been considered one of the key early areas where virtual reality can make a dent in the enterprise. Walmart already made some noise when it announced it would be bringing VR hardware into its training centers, now the company is planning to send Oculus Go headsets to each of its 5,000 stores so that more of Walmart’s employees can get instruction more often.

The big box giant will begin sending four headsets to each Walmart supercenter and two headsets to each Neighborhood Market in the country. That may not necessarily seem like a ton to train a store full of employees, but at Walmart’s scale that amounts to about 17,000 headsets being shipped by year’s end.

The move is the evolution of an announcement that the company made last year that it was working with STRIVR Labs to bring virtual reality training to its 200 “Walmart Academy” training centers. Those training sessions were done on PC-tethered Oculus Rifts, the move to Oculus Go headsets really showcases how much more simple standalone headset hardware is to setup and operate. Just being able to send a few of these to each store and expect that people will be able to navigate them easily is a win for Oculus and Facebook as most early VR hardware has taken a healthy bit of troubleshooting in order to engage with anything.

“Walmart was one of the first companies to benefit from VR’s ability to enrich employee education, and its applications will only grow from here,” Oculus business partnerships head Andy Mathis said in a press release. “What makes it so compelling is that costly, difficult, or otherwise impossible scenarios and simulations become not only possible, but immediately within reach.”

Virtual reality offers a unique opportunity to gain exposure to processes and products before it’s actually go-time. For employees, the experience can be more engaging than existing options and I would imagine people are less prone to distractions or mindlessly clicking through screens.

STRIVR’s instruction videos are largely 360 video-based with interactive onscreen prompts and can offer employees an opportunity to see and feel like they’re interacting with new initiatives before the infrastructure is even in place. In today’s announcement, Walmart specifically highlighted how new store features like “Pickup Towers” for online purchases were able to be get running more quickly as employees had already “interacted” with them in VR before they were installed in the store.

Walmart will start shipping the headsets to stores this month.