Despite the surprise release of iOS 14 that left app developers unprepared, an ambitious few have managed to push their way through — or even pull an all-nighter — in order to make their apps available with iOS 14 support on launch day. For the first time in years, the new version of iOS offers a new way for consumers to organize their home screens. Now, your less frequently used apps can be shuffled away to the App Library on the iPhone’s back screen, while those apps offering information and updates can feature their content through new home screen widgets.

In time, widget support will be a standard feature for a large number of apps. But due to the way Apple chose to release iOS 14 this year, there may not be as many app widgets offered on day one.

Below are some of the first apps launching today alongside iOS 14 that include interesting iOS 14 widgets. These apps and their widgets should be available today shortly after the iOS 14 release.

Twitter client Aviary released widgets that allow you to view either 1, 2 or 4 of the latest tweets (depending on which widget size you select) from your Twitter timeline. The widgets will update periodically by themselves, as well. The app will be available today after iOS 14 rolls out.

Unbiased news app Brief is keeping to its promises to avoid clickbait with its minimalist, monochromatic widget designed to stop attention hijacking. The “Front Page” widget’s content will be carefully curated by its news team, so only the most important stories of the day will show up on your home screen.

A second “Election Snapshot” widget will let you keep track of the current presidential, house and senate races at a glance. Users can customize this widget to track their own most-watched races, like those in their home state, for example.

Soor, a premium music player app for iPhone users, has released three widgets in various sizes. The “Now Playing” widget shows the current song and what’s up next, and updates in near real time. There’s also a “Magic Mixes” widget for your mixes and a “Music Collection” widget that can be configured to show eight types of curated content.

Readdle has released widgets for its Calendar iOS app that show your appointments and the month.

Its Spark Mail app offers widgets for email and calendar, too.

And Documents by Readdle is adding widgets for quick access for file actions like VPN, music, player, browser, etc.

The habit forming to-do list app Streaks is out today with new widgets in various sizes for tracking your habits, goals, and your overall progress.

Cheep’s app lets you know about mistake fares or other ridiculously discounted flight deals. Its new iOS 14 widgets can be customized to feature deals from your airports and can be stacked together to make it easy to see the deals without opening the app.

Dice, from PCalc, is a physics-based simulation of polyhedral dice for use in tabletop role-playing games. The app’s new widgets bring its dice to your home screen allowing you to open the app with just a tap.

Another dice app also has its widgets live today.

Nighthawk’s Twitter client will release its first widget today. “Vanity” lets you keep an eye on your Twitter profile metrics, like how many followers you have and how many you’re following.

The first Nighthawk widget for iOS 14, “Vanity,” is coming today, along with big enhancements to Smart Filter made possible by new iOS features! We have so much more on the horizon, but things are still up in the air a bit.

Popular Reddit client app Apollo is offering a collection of widgets, including a Post widget that shows a post from a Reddit feed of your choosing, a Multiple Posts widgets that will show several posts from your favorite feed, a Post Feed Grid that presents posts in a more visual, grid-style layout, a Wallpaper widget that will rotate through photos from image-heavy subreddits you like, as well as Showerthoughts and Jokes widgets that put a little humor on your home screen.

The iOS 14 release of Carrot’s humorous weather app brings a forecast widget, hourly and daily widgets, a weather maps widget and — in true carrot fashion — a snark widget that delivers your weather with the app’s classic snarky comments.

Habit and mood tracking app Tangerine will offer a variety of widgets to remind you about your progress on your day’s goals, like your commitments to run, exercise, drink water or whatever else you may be tracking.

Nudget’s mobile budgeting app will introduce widgets for keeping up with your household budget, including things like those categories where you’ve spent too much or have dropped your spending, and how much money you have left this week.

Organized photo notes app Birch includes a Featured Photo widget that lets you put a photo on your home screen — a neat trick, since there’s not a way to do so with the iOS Photos app. (Submitting today)

Card Pointers, an app that helps users get the most points and cash back from their credit cards, is launching with three widgets that will help people track their cards, know when to use one to maximize their benefits, and stay on top of the free statement credits being offered. 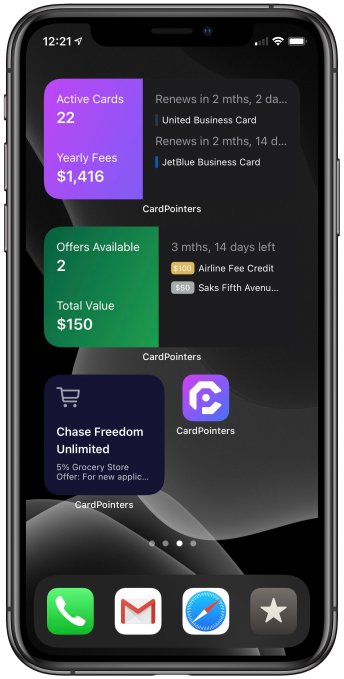 SmartGym arrives today with several new widgets including your week’s workout summary, simpler workout widgets with more graphics, and even one that delivers motivational quotes. The widgets can also be stacked in case you can’t decide which to choose.

Pocketdex will put your Pokémon on your homescreen. (The app is rolling out now). 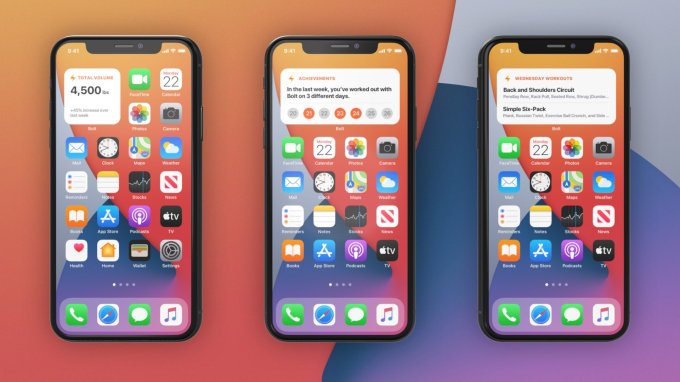 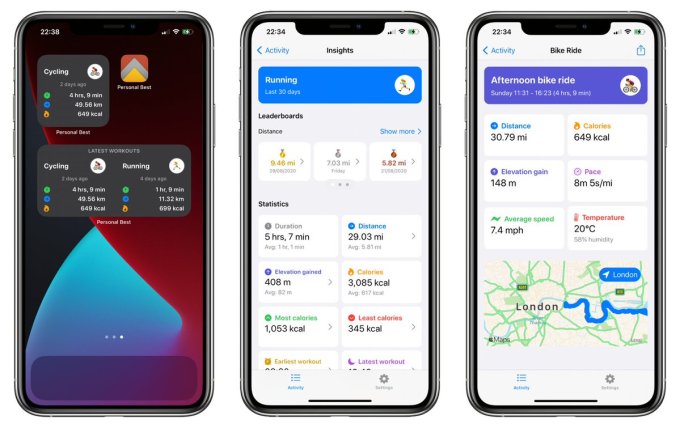 Another workout app, Personal Best Workouts, lets you track your workouts with widgets.

The above apps should be live today after iOS 14 releases, barring some unforeseen rejection.