Home Internet From Satya to Choked, the Journey of Anurag Kashyap

From Satya to Choked, the Journey of Anurag Kashyap


“I like to work with people who have all the time,” Anurag Kashyap tells Gadgets 360 over the phone from his home, sheltering in place thanks to the ongoing coronavirus pandemic. “Like in a movie like [the 2014 thriller] Ugly or [the Netflix series] Sacred Games, I like my actors to be with me. Even when we were making Choked, my actors were staying with me in the house.”

The 47-year-old Kashyap — perhaps best known for the 2012 two-part epic crime saga Gangs of Wasseypur — delivers his next movie, the aforementioned Choked, Friday on Netflix. It will be his fourteenth feature-length directorial venture overall, but it’s the first Kashyap film to skip theatres entirely and directly release on a streaming service. While that’s new, it’s also a continuation of Kashyap’s old and more recent ways.

“There’s a constant process of storytelling that I have,” Kashyap adds. He films in the morning and edits in the evening, working with an editor at his home. The last bit has got nothing to do with the lockdown, it’s his routine.

“That’s my process for working. And I like working with people who are comfortable with the process and accept the process, because every time I’ve stepped away from the process, something or the other has gone wrong,” Kashyap says.

Though he’s now one of the most well-known Indian directors internationally and among the select few auteurs Bollywood has in the early 21st century, Kashyap had a rocky start to life in the film industry. In the late ‘90s, he took over a movie based on the life of serial killer Gowri Shankar, better known as “Auto Shankar”, who was hanged for murdering six people in Madras in the late ‘80s.

Though the film never saw the light of day, it did reach the eyes of Ram Gopal Varma and helped Kashyap get his big break in Bollywood: Satya. The 1998 RGV-directed crime drama was akin to a “two-and-a-half-year” film school for 25-year-old Kashyap, he says. “The writing, being part of shooting, being part of post-production, everything that I learned was on that one film,” he says.

Satya led to two more collaborations for Kashyap and RGV before the end of the century. But better yet, it “propelled my whole career forward,” Kashyap says. “I got [those films] with Ram Gopal Varma because of Auto Shankar, because he saw it. For me, as long as he saw it, it was fine.”

A run of bad luck

With three RGV films under his belt, Kashyap got his first taste of direction in 1999 with the made-for-TV thriller movie Last Train to Mahakali. But things didn’t go as smoothly with his first film — the 2003 crime thriller Paanch — inspired by a spate of 10 serial murders in Pune in mid ‘70s.

“Initially, it got stuck with censors,” Kashyap says, as the CBFC objected to the violence, drugs, and vulgarity in the film. “But after censors cleared it, I think it became part of a deal with Sahara, where it got stuck under some money thing. The film has a lot of liability on it, many more times than its budget. I don’t think it can be extracted out of there unless somebody from Sahara is generous enough to put the film out there. It’s not really in my hands, anybody’s hands. It’s one of those bad luck cases.” 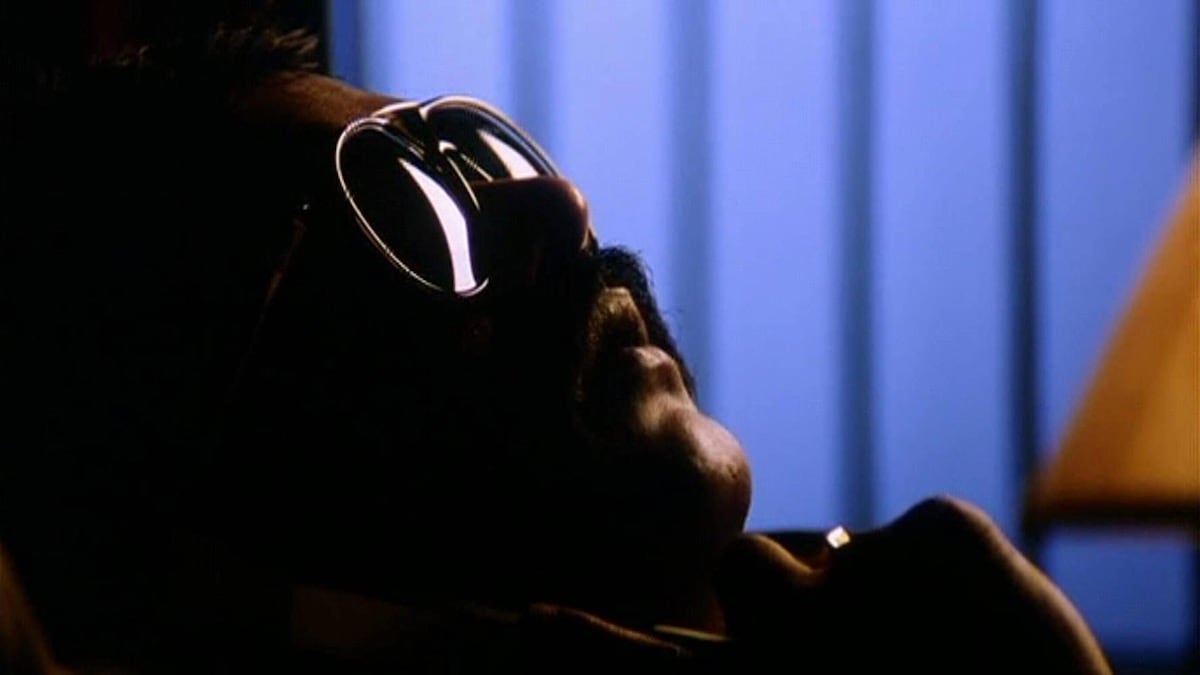 Unfortunately, Kashyap’s bad luck didn’t stop there. He then took up Black Friday — about the 1993 Bombay bombings and the ensuing police investigation — but the film’s 2004 release date was indefinitely pushed after the court issued a stay at the request of the accusers. Meanwhile, Kashyap moved on to Allwyn Kalicharan, led by a neon-lit, shotgun-toting Anil Kapoor. But Kapoor lost faith in the project, and the film never got off the ground.

In 2005, Kashyap began working on a movie titled Grand Hotel, but it too was shelved, as with Allwyn Kalicharan. With two completed films waiting on release and two others scrapped, Kashyap cooked up a fifth in 2005: Gulaal. Set in Rajasthan, following student politics and a Rajputana secessionist movement, Gulaal ran into trouble during filming after the producer fell ill.

“The bad luck continued for seven years,” Kashyap summarises. “Five films in seven years: two that never got made and got shelved, and one in Gulaal which was half completed, and two others in Black Friday and Paanch being stuck.”

But Kashyap believes it was ultimately a blessing in disguise, as those seven years has resulted in the person he is today. If those hiccups hadn’t occurred, it might have all gone to his head.

“The kind of praise that was coming my way [with Paanch], I almost thought I was the next big thing,” Kashyap says. “And then there was a reality check that kept me grounded. Otherwise, I would have probably lost my mind; I would have been like so many other people that I know who can’t handle success.”

“I look back at everything very positively because everybody’s a sum of all things. […] And I believe failure is the greatest teacher that we all can have; success is actually a very bad teacher,” Kashyap adds.

Black Friday‘s release in 2007 — and the critical acclaim that followed — changed everything for Kashyap. He later said: “The response was tremendous. After that, every producer came to me with obnoxious amounts of money and laid out the red carpet for me.”

It was followed by two more films in 2007 — the John Abraham-led psychological thriller No Smoking, and the animated Return of Hanuman — though neither was especially well-received. Kashyap changed course in 2009 with the romantic black comedy Dev.D, a contemporary spin on Sarat Chandra Chattopadhyay’s Bengali novel Devdas. 2009 also saw the release of Gulaal, with the film being completed under a different producer. 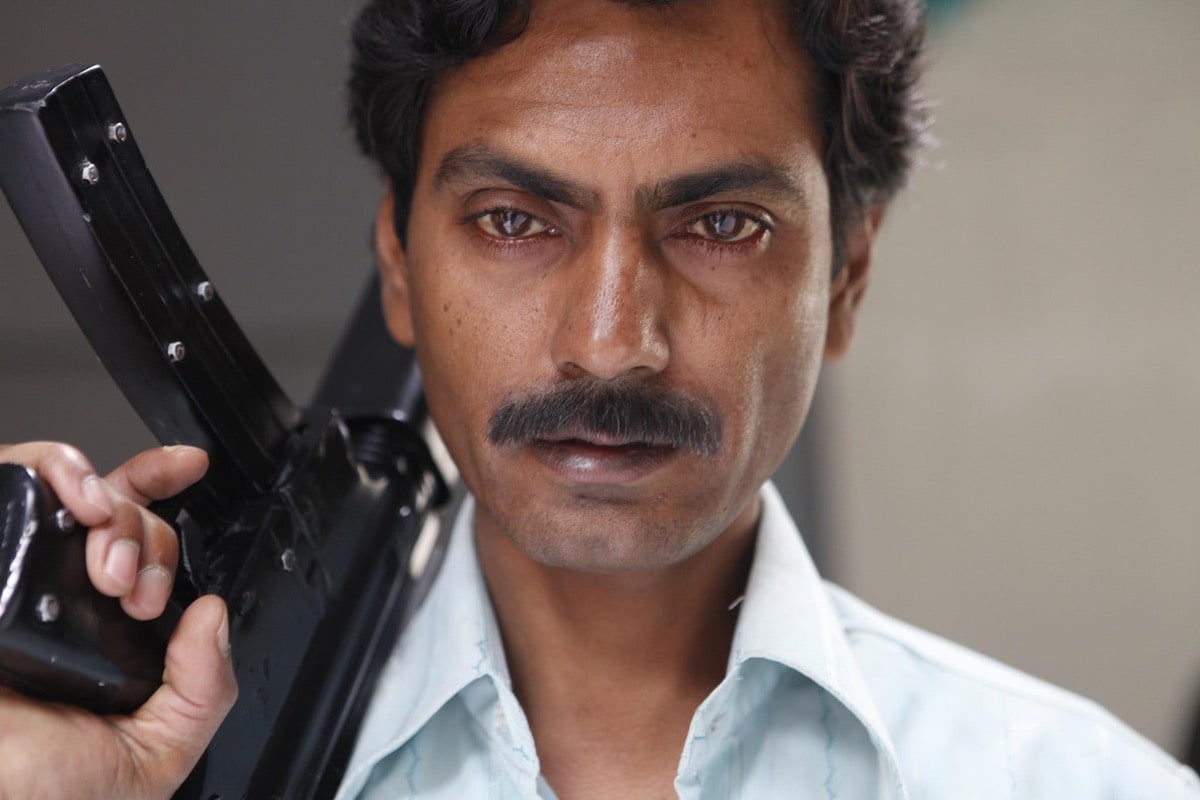 And then in 2010, Kashyap began work on Gangs of Wasseypur. Ambitious in scope and length (over 5 hours), it chronicled the multi-generational feud, spanning six decades, between three fictitious crime families that were at the centre of the Mafia Raj in Dhanbad.

“I love the idea of telling the whole story,” Kashyap says. “I like longer stories; my struggle mostly has been to contain the story within two hours. I can go on telling the story as long as people will watch it. And I like it because it helps me bring out every aspect of a story. It helps me develop every character, give them their full arc. I like the long form much more than short form.”

Its release in 2012, after a showcase at Cannes, brought Kashyap to the world stage. A year later, Netflix came calling. The streaming service wanted Kashyap to split Gangs of Wasseypur into a six-part miniseries for the US as “an experiment”, he says. This was in 2013 and Netflix has yet to enter India. Gangs of Wasseypur ended up being the first Indian acquisition on Netflix, Kashyap claims.

“And we also recorded a commentary over the entire film,” Kashyap adds. “All of us, all the cast and crew were part of the commentary, which was an optional track, only for [Netflix] US.”

Is there any way for cinephiles in India to access the Gangs of Wasseypur commentary? “India rights are with Viacom[18], but the US distribution rights were sold to somebody else for five years,” Kashyap says. “I think it must be back with Viacom so if Viacom wants to do it, they can do it.”

The massive success of Gangs of Wasseypur freed Kashyap in many ways. He thinks it gave him the strength to make the movies that he had wanted to for the longest time. First up was Ugly in 2014, about the kidnapping of a struggling actor’s daughter. Kashyap kept the script away from actors and emphasised on improvisation and a commitment to reality.

Then came Bombay Velvet in 2015, Kashyap’s most expensive (Rs. 120 crores) and high-profile (Ranbir Kapoor, Anushka Sharma, Karan Johar) project to date. A Chinatown-style hard-boiled noir set in ‘70s gritty then-Bombay, it bombed critically and commercially. That forced Kashyap to shift his next film — 2016’s Raman Raghav 2.0, about the eponymous serial killer in ‘60s Mumbai — to a contemporary setting.

Raman Raghav 2.0 marked the end of an era, as it was the last movie Kashyap himself came up with. All his projects since have been born in someone else’s mind, the director notes.

Viineet Kumar conceived 2017’s Mukkabaaz, about an aspiring boxer who falls in love with the boxing federation chief’s niece. Sacred Games — Kashyap’s first series directorial venture — based on the novel of the same name, was developed by Varun Grover and Vikramaditya Motwane. 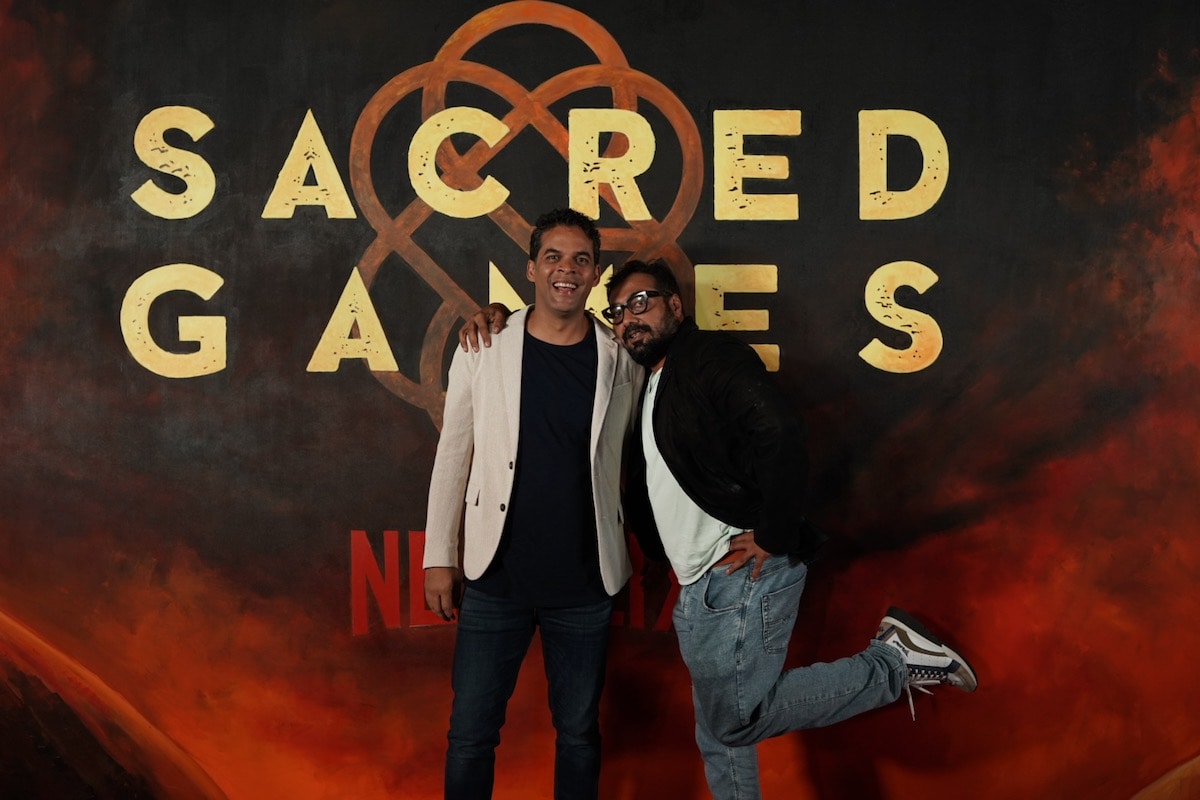 Kashyap’s most recent film, 2018’s Manmarziyaan, was penned by Kanika Dhillon. Even the two Netflix shorts — in 2018’s Lust Stories and 2020’s Ghost Stories — Kashyap has helmed have been someone else’s ideas. And that’s also true of his latest, Choked, written by Nihit Bhave.

“What happens when the idea and the script or the story comes from outside, I’m more objective to it,” Kashyap says. “When I’m writing it myself, I’m subjective to it. I can’t judge it. I just want to finish it. To develop an objectivity on something that you’ve written, it becomes difficult. I really am looking at people to bring some objectivity to it.

“Because I feel like I’m stepping away from what’s expected out of me. Choked is so far removed from how I would have initially conceived every single character. They are all Nihit Bhave characters that I’m interpreting my way. I’m shooting them and looking at them my way, but they are created by him. For me, it’s a place of privilege and power, which is creatively very beneficial to me.”

That objectivity isn’t the only thing that’s keeping Kashyap happy in his new phase. His relationship with Netflix is also part of it, and why Choked is his first film to première on a streaming service.

Owing to Kashyap’s proclivity to choose actors that suit the role and not their marketability, all of his movies have been “a very big struggle”, he says. Working with Netflix not only allows him to pay his cast and crew what they deserve, but not have to worry about publicity et cetera.

‘Hamilton’ gives Disney+ a holiday weekend bump in US, with app downloads up 74%

Microsoft Xbox Series X Games Showcase: How to watch and everything you need to know – CNET